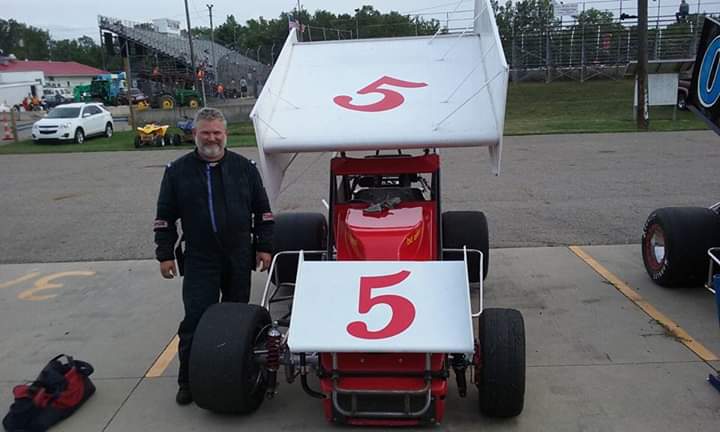 For the 2019 season, we will be doing a series on the drivers of the Auto Value Bumper to Bumper Super Sprints, the first one will feature the Red No. 5 of Don Dietsch.

Don was born December 17, 1967 in Findley, Ohio, has an education in Mechanical Engineering, and currently works as a Product and Tool Designer for Thermoformed Plastics Industry.

Don is the driver and owner of the his 410 Chevy powered pavement sprint car.  The Red No.5 rides on a Beast Chassis, which makes it versatile for both winged and non winged competition, which will be very helpful in the 2019 season of AVBBSS season.

Other than Don’s own wallet, he is sponsored by BD Enterprises, an Engineering Consulting company.

Don is part of the Dietsch Racing Team with his brother Doug, you will often see them helping each other in the pits, as well as their respective families, friends, and crew.

Don’s experience includes Go-kart, 600 Mini-sprint, and 5 years in his 410 pavement Sprint Car where he has accomplished: