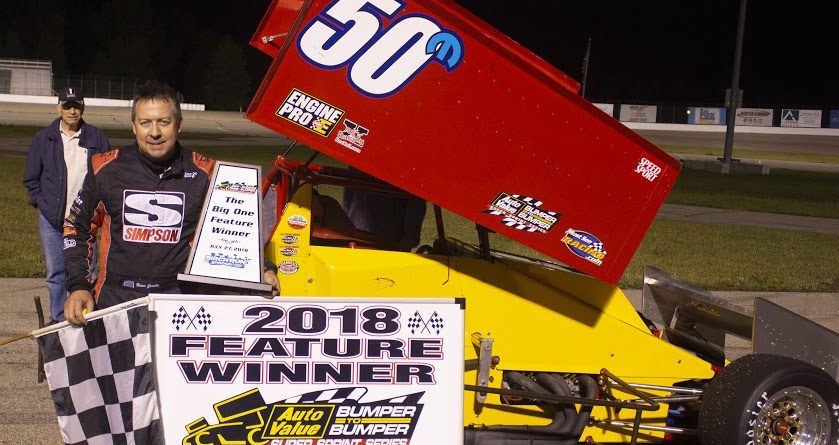 In our continuing Series of the drivers of the AVBBSS Sprint Series, we feature Brian Gerster.

Brian is married to his wife Kelly of 25 years and has two daughters Macey and Lesley.

Brian earned his IRL IndyCar license in 1997 but was never able to make an IndyCar start. On pavement he has wins in midgets, non-wing and wing sprint cars and dirt wins have come in midgets, non-wing and wing sprint cars.  Brian first drove for Dick and Deborah Myers in 2005 and has been with them full time since 2011.  Along the way the 50m team has enjoyed success winning races and multiple championships including the 2018 AVSS title.  In 2019 the 50m team will be back racing together at select sprint car events.  Brian will also drive the Davis-Gerster Racing number 27 car at the Little 500.

The AVBBSS Sprint Series looks forward to seeing Brian Gerster on the track this year as we travel Michigan and Indiana with the “Worlds Fastest Short Track Cars.”