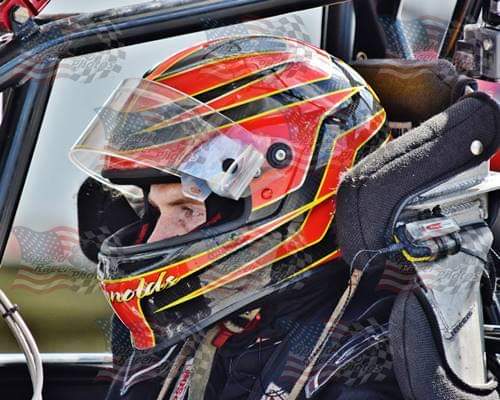 In our continuing series of the Drivers of the AVBBSS Sprint Series, we feature Dylan Reynoldds

Dylan “The Diesel” Reynolds is 18 years old and started racing competitively at age 13 in go-karts. He lives in Leesburg, FL where he was born and raised with his parents and brother. He is a diesel mechanic at the family owned diesel repair shop.

Dylan is the driver of the 555 owned and operated by his parents and himself. They are a family operated pit crew with the team support of Butler Motorsports. Dylan runs a Hurricane chassis powered by a Hickernell/Butler Built 360ci motor.

Dylan won his first championship in 2013 in Junior 3 where he ran until 2015 before moving to the Unlimited Allstar Series winning 4 championship in 3 years. Dylan began racing asphalt winged sprint cars in 2018 with the BG Southern Sprint Cars Shootout Series and finished 3rd in points as well as being crowned the 2018 Rookie of the Year.  He is currently 5 races into the 2019 season and running 3rd in points. When he’s not running the asphalt sprint car he can be found running his grandfathers modified mini stock at various tracks around Florida.

The AVBBSS Series looks forward to seeing Dylan Reynolds on the track this year as we travel Indiana, Michigan, Florida, Alabama, and other points across the country with the “Worlds Fastest Short Track Cars”