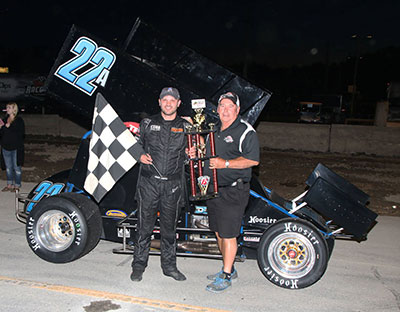 Polesitter Kevin Feeney and veteran campaigner Teddy Alberts led the field to the green flag with Feeney leading the race the opening six circuits. Snyder charged from the eight starting position to get around Feeney for the first spot with an inside move and utilizing lapped traffic. Snyder showed the way until lap 22 when Santos completed the race-winning pass.

At the checkered flag, Santos finished just .392 seconds ahead of a hard-charging Jason Blonde with Snyder completing the podium. Feeney placed fourth with Jeff Bloom in fifth spot. 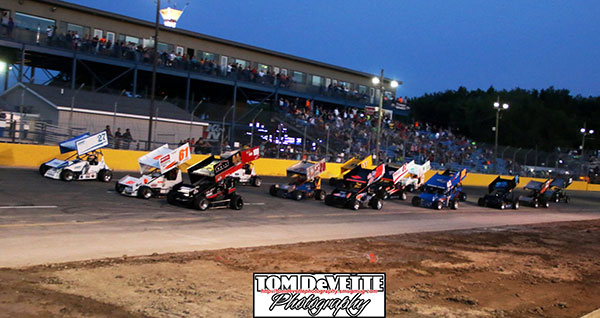 The Auto Value Bumper to Bumper Super Sprints presented by Royal Purple returns to action on Friday, July 15 at Kalamazoo Speedway and then travels to Indiana on Saturday, July 16 for a visit to Baer Field Speedway.